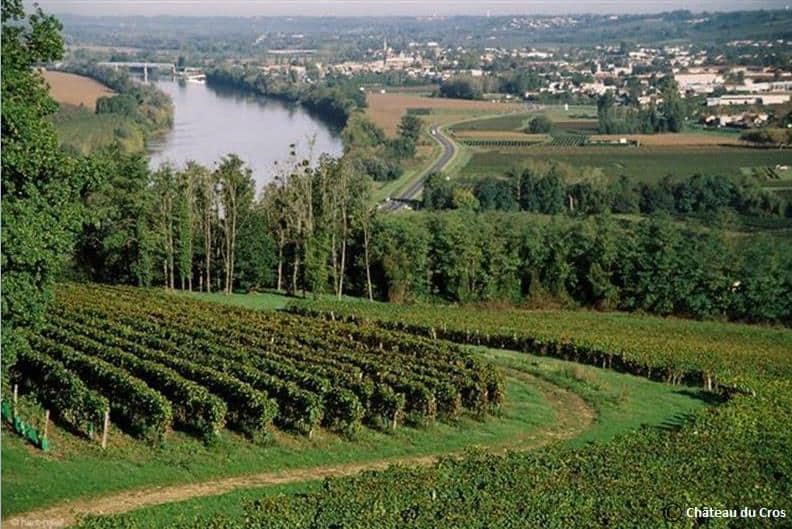 The history of the Château du Cros is closely linked to that of the Province of Guyenne, and began in 1196 when Richard the Lionheart gave a fief, the Domaine du Cros, to Sir Boson Casau.

In 1322, Bernard de Segur obtained permission from King Edward II to fortify the Castle by surrounding it with a limestone wall. Located on the heights of Loupiac, overlooking the Garonne valley, the castle became a strategic stronghold, and took the name Château du Cros.

The vineyard includes a true rarity for the region – a one hectare plot planted in 1907, which has been producing a real Loupiac nectar for four generations.

This estate belongs to the Boyer family and Catherine Boyer, the fourth generation, has conserved the family philosophy “Tradition, Quality and Know-how”.

Under the leadership of Catherine Boyer, Christophe Blanchetas vineyard manager and Henry Boyer, her brother, as oenologist